Appointment of two Chief Operating Officers October 12, 2017 8:00 am (CET)
Paris – As proposed by Paul Hermelin, Chairman and Chief Executive Officer, and upon recommendation of the Ethics and Governance Committee, the Capgemini SE Board of Directors decided on October 11, 2017, to appoint Thierry Delaporte and Aiman Ezzat as Chief Operating Officers and Capgemini SE executive corporate officers. Their primary role within the Office of the CEO will be of Group transformation for Thierry and Group performance for Aiman.
Download pdf 176 KB

“Thierry and Aiman are both seasoned and talented executives with remarkable international track records, notably in the United States, one of the Group’s key markets and the prime location for technological innovations, a customer-centric approach, complemented by a focus on performance and transformation,” confirmed Paul Hermelin, Chairman and CEO of the Capgemini Group. “They have all the qualities required to support me in implementing the Group’s priorities: reinvigorating our portfolio of offers to support our customers in all aspects of their transformation, strengthening our customer centricity and increasing our competitiveness.”

These appointments, effective on January 1, 2018, are part of the preparation of the management transition announced by Paul Hermelin at the 2017 Shareholder’s Meeting. 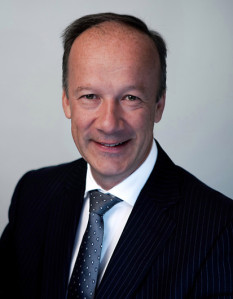 Thierry Delaporte has been Head of Capgemini’s Financial Services Strategic Business Unit since 2012, as well as overseeing Capgemini’s operations in Latin America since 2016. He is a member of the Group Executive Board.

Having spent most of his career with Capgemini, Thierry has driven Capgemini’s operations and strategic planning in several of its key businesses, based in various countries, and has participated in number of key transformation programs.

Thierry has held various positions at Capgemini: he was COO and Head of Sales for Application Services One (UK, Asia Pacific and North America) in 2011, CFO for the Global Outsourcing Business Unit (2009-2010), CFO for North America (2005-2008), CFO of Southern Europe (2003-2005), CFO and COO for Australia and New Zealand (2002-2003), CFO for the Asia-Pacific Telecom business following the integration of Ernst & Young operations (2000-2002), CFO for Switzerland and Austria (1997-2000). Thierry joined the Capgemini Group in 1995 working for its subsidiary Sogeti, as the Group Internal Auditor.

Thierry began his career in 1992 as a Senior Auditor at Arthur Andersen in Paris and London.

He holds a Masters in Law from the Paris La Sorbonne University and a Masters in Political Sciences from SciencesPo Paris. He is also Co-founder and President of a Non-Profit Organization (Life Project 4 Youth, Alliance & USA). 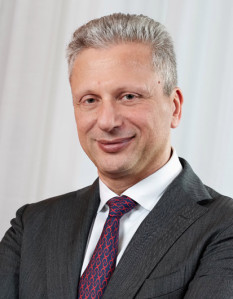 Aiman Ezzat has held the role of Chief Financial Officer at Capgemini since December 2012. He is a member of the Group Executive Board.

In November 2007, Aiman was appointed as COO of the Financial Services Global Business Unit (GBU) and later became its Global Head in December 2008.

Aiman has also served as Capgemini’s Deputy Director of Strategy from 2005 to 2007, where he played a key role in the development of the Booster turnaround plan of the Group’s activities in the United States, as well as in the development of the Group’s offshore strategy. He was part of the acquisition and integration team of Kanbay, a global IT services firm focused on the financial services industry, acquired by Capgemini in 2006. Before joining Capgemini, from 2000 to 2004, Aiman served as Managing Director of International Operations at Headstrong, a global business and technology consultancy, where he worked with financial services clients in Asia, North America and Europe.

In March 2017, Aiman was named the ‘Best European CFO’ for the technology and software category in the “2017 All European Executive Team”: Institutional Investor’s annual ranking of the region’s top corporate leaders.

Aiman, holds a MSc (Master of Science) in chemical engineering from Ecole Supérieure de Chimie Physique Electronique de Lyon in France and an MBA from the Anderson School of Management at UCLA.

With more than 190,000 people, Capgemini is present in over 40 countries and celebrates its 50th Anniversary year in 2017. A global leader in consulting, technology and outsourcing services, the Group reported 2016 global revenues of EUR 12.5 billion. Together with its clients, Capgemini creates and delivers business, technology and digital solutions that fit their needs, enabling them to achieve innovation and competitiveness. A deeply multicultural organization, Capgemini has developed its own way of working, the Collaborative Business ExperienceTM, and draws on Rightshore®, its worldwide delivery model.

Learn more about us at www.capgemini.com.

Rightshore® is a trademark belonging to Capgemini