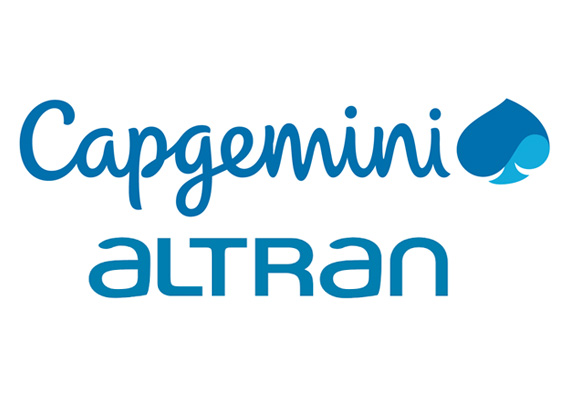 Capgemini, a global leader in consulting, IT services and digital transformation, and Altran Technologies, a global leader in Engineering and R&D services, announced that they have entered into an agreement for exclusive negotiations whereby Capgemini is to acquire Altran, through a friendly tender offer at €14.00 per Altran share, payable in cash.  Capgemini also announced that it has signed a definitive agreement to acquire Altran shares representing 11.43% of Altran’s share capital from a group of shareholders held by Apax Partners.

The total cash consideration will amount to €3.6 billion[3], excluding net financial debt (c. €1.4 billion). The transaction will be accretive to Capgemini’s normalized EPS by more than 15%, before synergies from the combination. In 2023, accretion is expected to exceed 25% post synergies. The agreement has been unanimously approved by the Boards of Directors of Capgemini and Altran.

Paul Hermelin, Chairman and Chief Executive Officer of the Capgemini Group, commented:
“This proposed combination enables Capgemini to take the lead in a very promising market segment—what we call ‘Intelligent Industry’ or the digital transformation of industrial and tech companies. The complementarity and power of our combined business and technological expertise are truly outstanding assets. By joining forces, we are positioning ourselves as a clear strategic partner to assist our clients in taking full advantage of the revolution created by the developments of the cloud, Edge computing, IoT, artificial intelligence and 5G. I am delighted to welcome to Capgemini the talents and leaders of Altran, who share our beliefs and corporate culture.”

Capgemini reported that it acquired Altran shares representing 11.43% of Altran’s share capital following the settlement and delivery of the off-market acquisition of a block of shares from a group of shareholders led by Apax Partners. This transaction was the result of the definitive agreement signed and announced on June 24, 2019.

A new milestone was reached with the announcement of the signature, on August 11, 2019, of the tender offer agreement which sets the terms and conditions of the proposed acquisition of Altran by Capgemini.

Capgemini announced that it had filed the draft offer document with the French financial market authority AMF (Autorité des marchés financiers). As stated in Altran’s press release issued the same day, the report of the independent expert, Finexsi, appointed by the Board of Directors of Altran, has determined that the offer price is fair from a financial point of view for Altran’s shareholders. After reviewing such report, Altran’s Board of Directors issued a positive reasoned opinion (avis motivé) and determined that Capgemini’s friendly tender offer at a price of €14 per share is in the interests of Altran, its shareholders and its employees, and recommended that Altran’s shareholders tender their shares in the tender offer.

The offer price of €14 per share represents a premium of 30% over Altran’s volume-weighted[4] average share price in the month preceding the announcement, and a premium of 33% over the three-month average[5].

The closing of the tender offer, once open, will be subject to the receipt of the antitrust clearances from the European Commission and Morocco’s competition authority[6]. Capgemini reserves the right to waive such conditions. As previously announced, completion of the transaction is expected by the end of 2019.

Capgemini’s tender offer is furthermore subject to an acceptance threshold set at 50.10% of the share capital and voting rights of Altran, on a fully diluted basis[7].

Capgemini announced that it has received clearance from the Committee on Foreign Investment in the United States (CFIUS) for its proposed acquisition of Altran (Euronext Paris: ALT).

Capgemini announced that it has received clearance from the competition authority in Morocco for its proposed acquisition of Altran (Euronext Paris: ALT).

Capgemini has announced the availability of the Document detailing the information relating in particular to the legal, financial and accounting characteristics of Capgemini

Opening of the friendly tender offer.

Capgemini announced that it has received antitrust clearance from the European Commission for its proposed acquisition of Altran.

Capgemini announced that it has increased the price of its tender offer for Altran to €14.5 per share and makes additional undertakings.

Capgemini announced the success of its friendly tender offer for Altran. Following this announcement, the offer has been reopened from January 28 to February 10, 2020 (inclusive)

Capgemini announced that, subsequent to the last offer reopening, the Group now holds 98% of Altran’s share capital and will request the implementation of a squeeze-out procedure

Completion of the squeeze out procedure. Capgemini owns 100% of Altran

In compliance with the rules related to the archiving of financial information, regulated information published by Altran before the delisting of the company is therefore kept on this website : https://altran-archives.capgemini.com/uk/en/

[1] Based on the objectives of each of the two groups for the year 2019.
[2] Based on the ownership of 100% of Altran capital. Normalized earnings per share are calculated as undiluted earnings per share using net income (Group share) adjusted for “other operating income and expenses”, net of tax. The detailed definition and reconciliation is available in the Capgemini registration document.
[3] Based on a fully diluted number of shares, excluding treasury shares, of 256.9 million shares.
[4] Adjusted for €0.24 dividend detached on 27 June.
[5] Periods ending on Monday, 24 June 2019 included, last day of trading before the announcement of the proposed offer made after closing of the market.
[6] In view of the progress made in the process of obtaining CFIUS (Committee on Foreign Investment in the United States) authorization in the United States, Capgemini decided, as it was entitled to do by the tender offer agreement, to file its tender offer before obtaining such authorization. The tender offer will not be subject to obtaining the CFIUS authorization.
[7] Capgemini reserves the right to waive such condition in accordance with applicable laws, in which case the caducity threshold (seuil de caducité) as provided by applicable laws, i.e. 50% of the share capital or voting rights (on a non-diluted basis), will still apply.